How to improve your memory and keep your brain sharp

Memory is the ability to retain information and recall it at a later time. Memory is necessary for our survival; it shapes our identity, guides our thoughts and decisions and influences our emotional reactions.

Sensory memory acts as a buffer for stimuli you receive through your senses. You only retain this information for a brief moment in time, typically less than half a second. These memories can include a quick flash of memory that comes with a scent, a sound or an image.

Working memory is not wholly separate from short-term memory; it is the memory used to plan and carry out behaviour in the short-term. These could include the memory needed to do a maths sum in your head or to bake a cake without inadvertently adding the same ingredient twice.

Memories can also be classified according to the types of behavioural they produce; these include declarative and procedural memories.

Despite these different distinctions, memories are often complex and made from experiences that involve multiple memory systems interacting with each other.

Feeling forgetful? When should you be concerned?

Have you ever walked into a room and forgotten why? Have you misplaced your keys…again? Are you worried about whether these lapses are normal? When should you speak to your healthcare practitioner about you, or a loved one?

These little memory slips are usually not anything to worry about and experts say that it’s usually others who notice the subtle signs of memory loss in you before you do. Some signs to look out for include:

The impairment of short-term memory involves forgetting information you have been exposed too recently. It may include asking the same question over and over again, or forgetting where you have just put something. Some people may forget a recent event or something they recently saw or read.

Changes in working memory can include being unable to recall a phone number as soon as hearing it or unable to perform a task after moving from one room to another.

Changes to long-term memory can include forgetting events that happened in your past.

Changes to declarative memory may include:

Changes to procedural memory could include being unable to recall how to hold a violin bow or swing off at the golf tee.

What can cause memory loss?

Memory loss is common with ageing and is not always an indication of a more serious condition. Normal memory loss with ageing doesn’t prevent you from living a full, productive life.

Some medical conditions can temporarily contribute to memory loss; once theses are treated the memory impairment should improve, these can include:

Emotional problems, such as stress or anxiety can make you more forgetful. The confusion and forgetfulness caused by strong emotions are usually temporary and will pass with time. But if these feelings last for more than two weeks, get help from your healthcare practitioner or counsellor. Being around supportive friends and family and treatment recommended by your healthcare practitioner can help you feel better and improve your memory.

How to prevent memory loss

Exercise has been shown to have a profound effect on memory function, across a variety of age groups and a variety of activities. A literature review conducted in 2017 evaluated 17 studies and found exercise improved several memory parameters, including declarative memory,  working memory, logical function, visuospatial function and procedural memory.

Look after your heart

Several key nutrients have been shown to support brain or cognitive function as you age. These include:

If you experience occasional bouts of forgetfulness or want to maintain your brain power as you grow older, there are many things you can do to help support cognitive function.

Speak to your healthcare practitioner to see if supplementation is right for you. 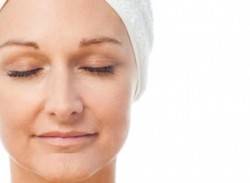 Why do I need Omega-3 and can I get enough from my diet?

Omega-3 are essential fatty acids that are required for normal growth and development, and play important roles in...

How to overcome a lack of motivation to exercise

While we all know exercise can be one of the best things we do for our health, actually starting and maintaining an... 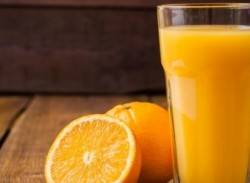 The labels of some foods may imply that it’s healthy, but that’s not always the case. Take a closer... 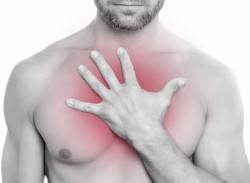 Healthy people can experience heartburn from time to time, which may be triggered by various diet and lifestyle...