Home > Be BodySmart > Joints & Mobility > What are the benefits of fish oil for brain health and memory?

What are the benefits of fish oil for brain health and memory?

The heart benefits of Omega-3 from fish oil have been well-documented, but less well known is their role in optimising brain health and function. Evidence is emerging of the important role of Omega-3 for brain health and development, and the grey matter within the brain contains high levels of DHA in particular. Omega-3 and omega-6 fatty acids are used in the construction of the lipid bilayer in cell membranes in the brain, and dietary intake is reflected in membrane levels.

Although the role of DHA in brain function is not clearly understood, it’s thought that healthy fatty acid levels in the brain influence membrane fluidity and nerve impulses. This is turn helps to maintain healthy brain function and supports the nervous system.

How does Omega-3 affect brain function?

Omega-3 fatty acids appear to affect brain function in various ways. They are a structural component of the neuronal membrane (the barrier separating the interior of the nerve cell from the exterior environment). As such, they can affect neurotransmission, the way in which neurons communicate with each other.

Optimal levels of omega-3 may also influence the transport of serotonin, a “feel good” brain chemical that helps support normal mood and behaviour. Furthermore, a reduction in omega 3 consumption appears to increase the risk of despondency in some people.

Fish oil and brain health benefits when pregnant and breastfeeding

Omega-3s are important for brain health throughout life including during pregnancy, when the developing baby obtains all the nutrition it needs directly from the mother. Omega-3 fatty acids accumulate during the early foetal development and are responsible for the normal growth and function of the brain and central nervous system. Adequate omega-3 levels at this stage are critical for healthy brain development.

Depending on your age, the adequate intake of Omega-3 per day ranges from 110-115mg daily. Infants continue to accrue DHA into the tissues of the central nervous system until 18 months of age. Supplementing with DHA during pregnancy and breastfeeding is also beneficial for the mother, as it supports general health and wellbeing, as well as normal moods.

In children, DHA from omega‐3 helps support the development of the brain, eyes and nerves. It may help verbal learning and memory, and be beneficial for attention. It’s also thought to be valuable for behaviour and may help relieve irritability.

In adults, omega-3 helps maintain healthy brain and nervous system function, and can support cognitive processes including memory, especially for the aging brain as DHA levels may decrease. Omega-3 fatty acids appear to influence the production of different brain chemicals thereby having an effect on brain function.

How can I get enough omega-3 fatty acids for brain health and memory?

While omega-3 fatty acids are necessary for brain health, our bodies cannot produce enough on their own so they need to be consumed through the diet or via supplementation. Fish is a rich dietary source of omega-3, including DHA, particularly cold water fish such as salmon, mackerel, sardines and tuna. Omega-3 can also be taken in the form of fish oil capsules. 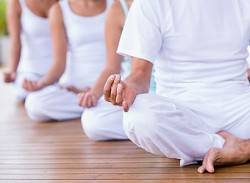 Do you get cravings for chocolate, an intense desire for salty potato chips or an overwhelming yearning for a... 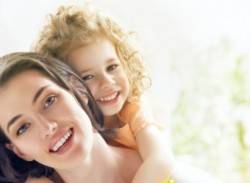 How fenugreek is helping breastfeeding mums

Fenugreek seed is a herb with a long history of medicinal use in Western herbal medicine for numerous... 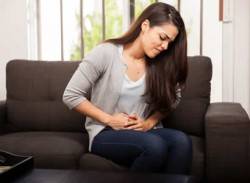 Nearly everyone has experienced indigestion at some time, often after a heavy meal or if you’ve had too much to eat... 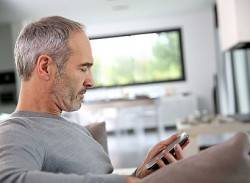 The importance of the prostate

According to a recent survey, 70% of men aged 45 and over, knew nothing about their prostate or what can go wrong with...