The importance of omega 3 during pregnancy and breastfeeding

Omega-3 fatty acids are essential nutrients that have to be obtained from the diet because the body cannot produce them. Obtaining them is important for everyone but is especially important during pregnancy, as fatty acids such as docosahexaenoic acid (DHA) are critical to the baby’s healthy growth and development.

The baby receives the entire omega-3s it needs directly from the mother, through placental transfer.1 This means that the mother must ensure she’s obtain adequate omega 3 intake as it’s crucial to promote a healthy pregnancy.

Omega-3 fatty acids provide many benefits to both baby and mother during pregnancy and breastfeeding. These include supporting normal development and function of the baby’s brain, central nervous system and retina. Supplementation during pregnancy and breastfeeding may help the mental development of the infant, including attention, information processing and problem solving skills.

This may be due to the fact that a large proportion of brain growth occurs before the baby is born. This is illustrated by birth statistics: a baby’s bodyweight at birth is only around 5% of an adult’s, while its brain is already a much larger 30% of adult weight.

Studies show that supplementation is more beneficial if taken as early as possible after conception, as the amounts of DHA in the mother’s blood begin to rise very early on in pregnancy. Supplementation during pregnancy and immediately after birth helps maintain the mother’s general health and well-being, as well as normal mood levels.

DHA supplementation during breastfeeding is also important for the health of the growing infant. DHA is found in breast milk and supplementation with omega-3 fatty acids increases these levels.

Breastfeeding up to four months of age or the use of omega-3 enriched formula also helps promote healthy visual development in the baby. 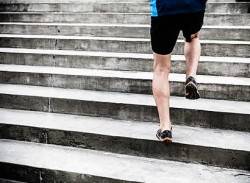 Vegetarian diets: Getting all the nutrients you need.

A vegetarian diet can provide all the nutrients for a healthy body, but it does need to be well...

How alcohol and caffeine can affect the digestive system

f you’re like most adults, caffeine is a part of your daily routine and helps wake you up and keep you...